This month, I am delighted to turn the Gone Writing spotlight on my friend and fellow member of Independent Authors United, Victoria Schwimley.

Victoria Schwimley is the author of the Jessica Crawford romantic suspense series: Coveting Love and Confronting Truths. She also writes children’s mystery/adventure stories, and a YA Faith series: Capturing Faith and Twisted Faith. Her stand-alone novels are In The Victim’s Shadows and Lacy’s End.

I know that Victoria is especially proud of Lacy’s End, and I asked her to share with us how she came to write the story.

Victoria: The idea first came to me several years ago, when a close friend disclosed that she had been an abused spouse and nobody knew it. I was shocked, considering the friend, as I knew her, didn’t seem like the type to let someone abuse her. What I learned from her is that sometimes it isn’t as easy to leave as people think. I didn’t want to divulge any of her secrets, so I tried to put Lacy and Brenda into a situation that made it difficult for them to leave.

GW: Who is Lacy? What can you tell us without giving away any of the story?

Victoria: Lacy is a teenager being raised by a stay-at-home mother and by her father, who is also the town sheriff. She might seem like an ordinary teenager, but Lacy often goes to school with bruises on her body, and is somewhat shy and withdrawn. The faculty and Lacy’s peer group suspect what goes on in the Waldrip home, but given that Lacy’s father, and abuser, is also the sheriff, they turn a blind eye.

GW: When I read Lacy’s End, I was struck by a rather mysterious character who appears when Lacy needs him most. Who (or what) is Jake?

Victoria: I wanted Lacy to have someone to be her guide, someone who would know her thoughts and needs.  Is Jake real? I suppose that’s up to the reader to decide. My strong faith in God leads me to believe that someone like Jake could be very real. An after-death experience with my father sealed my faith in God and led me to believe that God gives us what we need, even if that is in the form of a guardian angel. Not everyone would agree, which I suppose is why I let the reader decide who or what Jake is to him or her. He could be an angel. He could be a figment of Lacy’s imagination, perhaps a special friend born out of desperation. Perhaps he is a gift from God after a frantic plea for help. Whatever he is, he’s a comfort to Lacy, and as you’ll see after reading the story, he’s what gives Lacy the strength to do what she must do to save her mother’s life.

GW: What else can you tell us about Lacy’s End?

Victoria: For most of Lacy Waldrip’s life, she and her mother, Brenda, suffered abuse at the hands of the man who is supposed to love them, cherish them, and protect them. To make matters worse, their abuser wears a badge and uses it to keep his deputies from interfering with his ‘right’ to discipline his women. Each woman has accepted her fate, each is determined to stay in the relationship to help the other. Then one day, the sheriff goes too far, and Lacy and Brenda end up in the hospital where they meet Dr. Allen Petoro. Together with a determined social worker, Angela Martin, Dr. Petoro vows to help the two victims break free of their abuser. However, Sheriff Peter Waldrip isn’t going to let his family go that easily.

Victoria was kind enough to share with us an excerpt from the first chapter of Lacy’s End.

“Lacy sat by the pond, one lonely toe poking into the water, swirling it around and around as she stared at her reflection. The action caused a ripple effect, sending tendrils of water outward in a circular motion.

She could still hear the yelling, even all the way out here. Even this far, the loud sounds caused her to flinch with each strike of his hand. Instinctively her hand went to her cheek, which still smarted from the sting of his whacks on her bare skin. It didn’t hurt as much as it used to, though. The beatings were so commonplace now that she no longer wondered when they would come, but rather how hard they would be. Her ears still vibrated from the thump, thump, thump of the landing blows.

She glanced nervously toward the house. Should she go now? If she went in too early, he was likely to turn on her again. What kind of help would she be then? She wrapped her arms around her still sore ribs, guilt plunging like a knife through her heart, but it was her mother’s turn now. Hadn’t she already had enough today? She couldn’t even remember what misdeed had set him off this time. The types and number of infractions these days were always trivial.

Her mother cried out, screamed was more like it. Lacy winced as she heard each strike to her mother’s face. She closed her mind against the knowledge of what he was doing. After all, wasn’t she the one who should be protected? Wasn’t it her mother’s job to look after her? It wasn’t supposed to be the other way around. Why her mother took it, she didn’t know. Couldn’t she stand up to him…just once?

Her mother screamed again, the sound so deafening Lacy closed her eyes and covered her ears. She feared this could be the one—the one time he’d go too far and kill her mother.

She knew, from experience, she would try to block the blows, first with her left arm, then with her right. Then finally, she would crouch low in the corner, trying to shrink herself as low as possible—hoping, against all hope, she could hide from him. Lacy knew that wasn’t possible. She had been there far too many times, and no matter how low she huddled, no matter how tight a ball she formed with her body, he’d still see her.

In her mind, she saw her mother trying to ward off his blows, and her heart swelled with sympathy. Lacy was young and strong, but years of abuse had weakened her mother. How much more could she take?

Her mother’s cries had become weak, diminishing as the strength left her. She knew her father’s hand would rise one last time and come down smartly on her neck. This blow would knock her unconscious and, mercifully, the beating would end.

Lacy looked toward heaven. “Please God—I need help. I can’t handle this on my own anymore.” She had no idea whom that someone would be. She had only one friend in the entire world, Millie Watson, and Lacy didn’t even understand why she was still sticking by her. The rest of her classmates thought she was a loser—not that she disagreed with them. One only had to look at her to see the qualities she lacked.

Her clothes were plain, her personality dull and lifeless. Her best feature was her eyes. They had a peculiar green color that sparkled like jewels. She liked stupid things like butterflies, daisies, long walks along the river, just as the sun was setting in the west and cast a fiery glow on the desert horizon. The thing she desired the most, however, was a soft, cuddly puppy. She wouldn’t dare own such a wondrous thing, though. Her father had enough punching bags as it was.

She started to rise, as slowly as she could to delay what she wasn’t looking forward to, even knowing her mother would need her, by the time she reached the house. She turned and as she did, she saw a figure standing across the pond. She was startled for a moment, her heart skipping a beat. She cocked her head at him, a curious expression coming to her smile.

She waved. She didn’t know why she did this. It just felt natural. She felt strangely drawn to the figure, despite the fact that her father had warned her—no, forbidden her—from having any contact with boys. She ran to the door, paused a moment in the doorway, and turned back to see her visitor. He was gone. As suddenly as he had appeared, he disappeared.”

Readers’ Favorite described Lacy’s End as “…an intense novel with compelling characters and a dramatic storyline.” I couldn’t agree more.

Lacy’s End is available from Amazon at: http://amzn.to/2fNRTn0

Victoria Schwimley lives in Elk Grove, California with her husband, children and many loving grandchildren who entertain her with wild antics and loads of laughs that give her plenty of story ideas.

To learn more about Victoria and her writing, connect with her here: 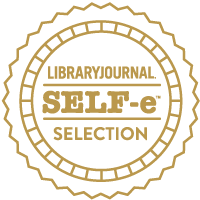 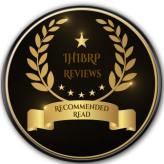 Recipient of a 5-star review from Readers' Favorite

My Tweets
Ashes of the Phoenix

An illustrated "slice of life" novel

newyorkarmymom.wordpress.com/
Times and Tides of a Beachwriter

Drift among the scribbles of writer Janet Gogerty

Let me tell you Justine's story

Sharing a Sunshine State of Mind

My own curious world about books and writing

Fantasy from the edge of the Black Forest

Because Together We Can Do So Much!

Hope For the Infinitely Curious , the Jack of all Trades, & the Multipotentialite

Musings and books from a grunty overthinker

"Find what you love and let it kill you." – Charles Bukowski