On December 17, 2019, Petro-Canada marked the completion of its “Electric Highway,” a network of more than 40 high-speed charging stations strung along the Trans-Canada Highway from Vancouver Island to Nova Scotia.

The network was advertised as being accessible either via a dedicated Petro-Canada phone app or directly by credit card using a card reader installed on each charger.

The project received $4.6 million in funding from the Canadian government.

In his remarks during the ceremony marking the opening of the final charging station in the chain, Wilf Steimle, president of the Electric Vehicle Society, said, “for the electric car owners in Canada, this means they can now travel from coast-to-coast as quickly and conveniently as they would have in a traditional car.”

We left Victoria, British Columbia, on June 15th, and arrived in Ottawa, Ontario, on June 22nd.

Knowing that we would be making more, and longer, stops to charge our Volvo XC40 Recharge than would have been the case for a conventionally powered vehicle, we allowed for two hours of charging time daily, based on an anticipated four stops of approximately thirty minutes each.

In reality, most of our stops required close to one full hour to achieve our targeted 80% battery charge. This was due in large part to the failure of Petro-Canada’s EV charging stations at several stops across the country.

Instead of enjoying the efficiency of a Petro-Canda “fast charge,” we often found ourselves having to hunt for a less efficient–but functioning–charging station.

From Ottawa, we traveled to Montréal, Knowlton, Peterborough and Newmarket (north of Toronto), before embarking on our return trip.

We left Newmarket on July 2nd, and arrived back in Victoria on July 9th.

This is a day-by-day report of our Petro-Canada experiences.

We planned to charge up at the Petro-Canada EV stations in Abbotsford and Hope.

The Abbotsford station functioned as anticipated.

The Hope EV station was out of service.

We used BC Hydro charging stations for the rest of the day, arriving at our hotel in Salmon Arm after 9:00pm, tired, frustrated, and hungry.

We used the Petro-Canada EV stations in Golden, BC and Canmore, Alberta. Both of them worked as promised.

We relied on BC Hydro and FLO network stations for our other charging stops, as they were located more conveniently along the route.

There are few EV charging network alternatives across Alberta and Saskatchewan.

We stopped at the Petro-Canada charging stations in Medicine Hat, Swift Current, Moose Jaw, and Regina.

The Moose Jaw, Saskatchewan, EV charger was not in service.

We limped into Regina far behind schedule, and stopped there for the night, more than 200 kilometers short of our goal.

Once again, we had no choice but to rely principally on Petro-Canada for our charging stops.

The Petro-Canada EV charger in Portage la Prairie, Manitoba was not in service.

The Petro-Canada EV charger in Dugald, Manitoba (just east of Winnipeg) was not in service.

We crawled into Kenora after 9pm, with our battery nearing empty.

After checking into our Comfort Inn, we went in search of the Petro-Canada EV chargers.

The Kenora EV chargers were not just out of service. They were under water.

After our disastrous experience (and near-stranding) the day before, we avoided even attempting to use a Petro-Canada EV charger between Kenora and Thunder Bay.

Instead, we relied on Ontario’s Ivy charging network, which worked flawlessly.

We gave Petro-Canada another chance on this leg of our journey, stopping to charge the car at the company’s stations in Nipigon, Marathon, and Wawa.

Although the credit card reader was not working at the Nipigon charging stop, we were able to charge successfully, thanks to an unusually helpful customer service phone rep (more about Petro-Canada’s “help” line later).

We used two Petro-Canada stations, one in Sault Ste.-Marie and the other in Sudbury. Both functioned correctly.

We did not use a Petro-Canada EV station on this final leg of our eastbound journey.

We stopped in Sudbury to use the Petro-Canada EV charger. It worked correctly.

According to the Petro-Canada phone app, one of the two Sault Ste.-Marie charging stations was out of service. We chose to charge at an Ivy location instead.

The card reader on one of the two Wawa EV chargers was not working, and Petro-Canada’s customer service was unhelpful. Fortunately, the reader worked correctly on the second charger.

We charged the car successfully at Petro-Canada stations in both Nipigon and Thunder Bay.

The Dugald, Manitoba, Petro-Canada EV chargers were not in service, even though the phone app indicated both chargers as available.

The Petro-Canada phone app indicated that the Portage la Prairie chargers were unavailable, so we bypassed that stop and headed directly to Brandon, which was indicated to be functioning.

By the time we reached Brandon, the Portage la Prairie stations were once again showing as “available” on the Petro-Canada app. However, the Brandon chargers were not functioning.

The Whitewood EV chargers were not working, even though the Petro-Canada phone app reported them to be available.

The Regina EV chargers did not work. Again, the Petro-Canada phone app showed them to be available.

The Moose Jaw EV chargers were down for maintenance, even though the Petro-Canada phone app indicated them to be available.

The Swift Current Petro-Canada EV charger could be activated by the phone app, but not by the card reader.

The Petro-Canada charger in Medicine Hat was not available.

On our eastbound trip, we attempted to charge our car at sixteen Petro-Canada locations.

Ten of the sixteen attempts met with complete success, which we defined as both the charging station and the card reader performing as specified.

Five of the charging stops were complete failures.

At one location, the EV charger was functioning, but the card reader did not work.

On our westbound (return) trip, we attempted to charge the car at twelve Petro-Canada locations.

We were completely successful at only three of those stops: Sudbury, Nipigon, and Thunder Bay.

At two locations, the charging stations were functional, but their card readers did not work.

Overall, our success rate was a pitiful 46% (thirteen out of twenty-eight stops).

Unlike other EV networks we encountered, Petro-Canada does NOT have a customer service number dedicated to EV-charging issues.

Instead, the toll-free number posted on each Petro-Canada charging station feeds into the company’s main automated answering system.

Once through to EV help, there was usually a wait of several minutes until a customer service rep responded to the call.

And that response was completely unhelpful in most cases.

During one memorable attempt to use customer service when a card reader wasn’t working, the rep asked me for the postal code of the Petro-Canada station I was calling from. This despite each individual EV charging unit having its own unique alphanumeric identification code.

After several frustrating minutes, during which I was trying to have the rep authorize our credit card over the telephone (which we had done successfully previously), I was told that he would have to send a email request to another agent in order to do so.

On another occasion, after spending some fifteen minutes explaining to the customer service rep what our problem was, that rep simply passed us to a different rep, who had to hear the story all over again.

On July 13, 2022, Prime Minister Justin Trudeau announced a deal to build a $1.5 billion EV battery plant in eastern Ontario. Both the federal and the Ontario governments have agreed to contribute funding for the construction of the facility.

That same day, Shell Canada announced plans to expand its network of Level 3 EV charging stations, adding 79 stations at 37 Shell retail locations by the end of 2022. The company hopes to expand the availability of its fast chargers to more than 500 by 2025.

Canada has made–and is continuing to make–a major investment in support of a cross-Canada rapid EV-charging network, in order to facilitate the nation’s conversion to electric vehicles.

This effort is being very poorly served by the abysmal performance of Petro-Canada’s EV network, including its customer support system.

The failures we encountered in the Petro-Canada system were at their most frequent exactly where they were most needed–in the prairie provinces and northwestern Ontario, where other charging options were limited.

The performance of Petro-Canada’s EV charging system was not only frustrating and stressful, but it was also a complete embarrassment to this Canadian.

Worse, Petro-Canada’s poor performance harms Canada’s image as a climate-conscious, green-energy country in the eyes of visitors who embark on a Canadian road trip in the expectation that Level 3 EV chargers will be available and reliable.

We can, and must, do better.

You can read about our cross-country adventures in my four-part series, A long and winding road.

For an overview of the performance of various charging networks we encountered across Canada, read Taking the cross-Canada EV challenge. 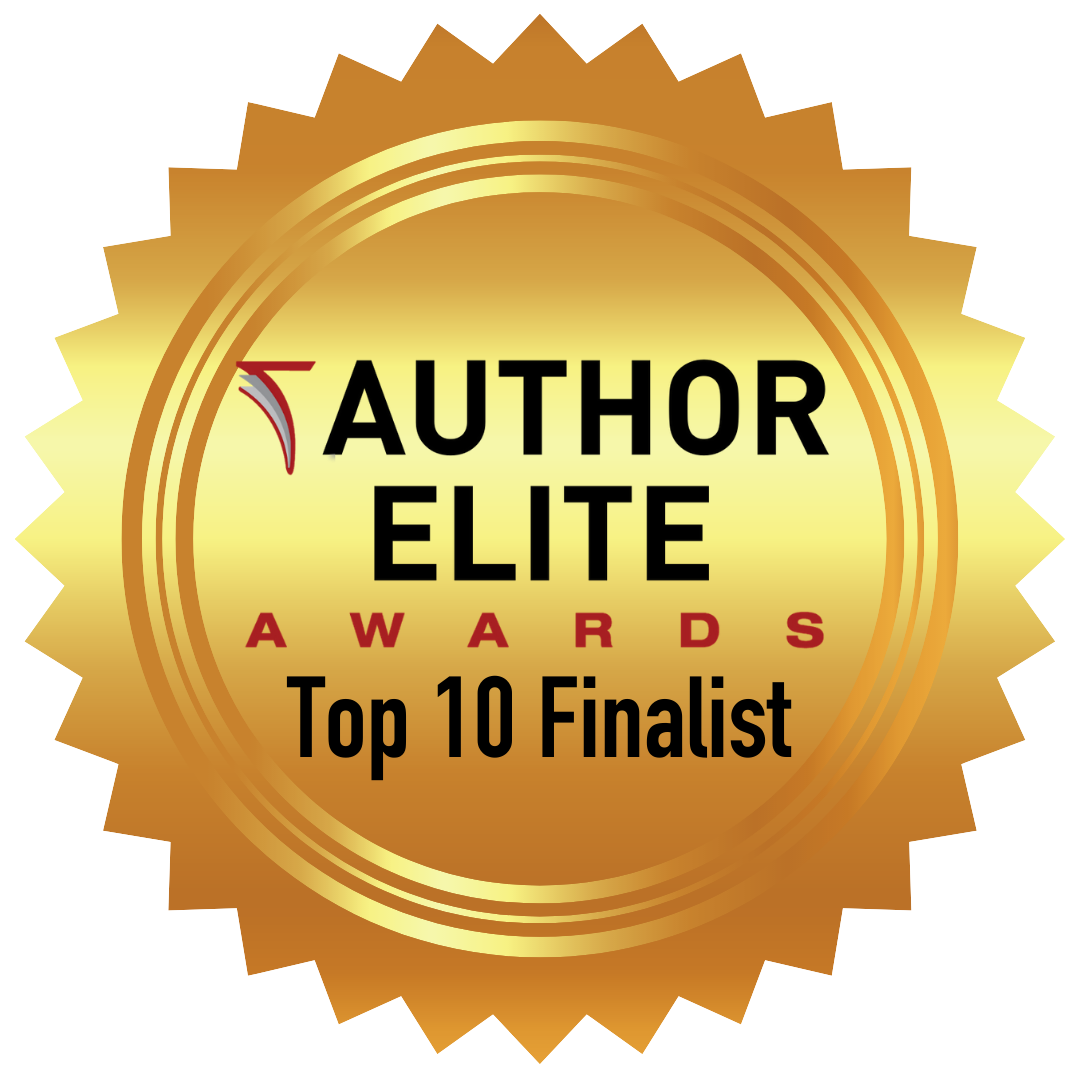 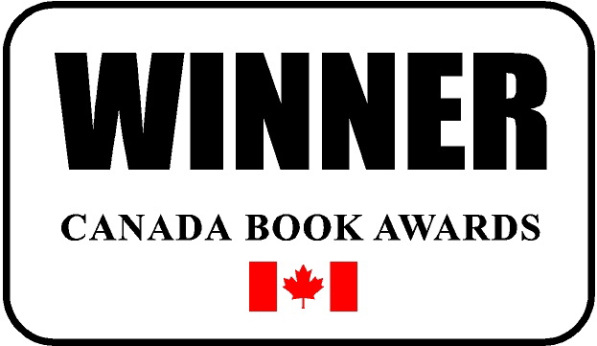 Recipient of a 5-star review from Readers' Favorite